Ask Someone in the Business 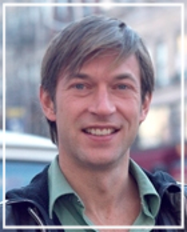 It is with deep sadness to announce that our beloved colleague Richard Hake passed away on Friday April 24, 2020. He was a wonderful person, a pleasure to work and a good friend to everyone. He will be truly missed.

Richard Hake was an award-winning broadcast journalist who has garnered national recognition for his enterprise reporting.

Mr. Hake was a host and reporter for National Public Radio's New York station, WNYC since 1992. He has compiled news magazine
segments, conducted interviews and reported live on just about every topic .

Mr. Hake hosted for MTV's Logo Network's The Advocate News magazine program. His broadcast credits include MTV, NPR, the BBC, WCBS, WBGO, WOR and WFUV Radio, The Associated Press, United Press International and the documentaries The Perfume of The Bronx and The Coney Island Cyclone Anniversary.

Mr. Hake has received several awards from the New York Press Club, the Associated Press Broadcasters Association, The Society of Professional Journalists and The National Federation of Community Broadcasters.